What Is Voice Over

If you are ever asked,"What is voice over?" here is how you can respond.

Referred to as "VO" for short, it is a piece of narration in a broadcast which is not accompanied by an image of the speaker.

Voice over is usually designed as a call-to-action, to tell stories or to instruct or convince. Professional voices offer many different qualities, such as warmth or drama or excitement. They also possess skills like the ability to read ahead and speak with emotion and purpose. I can provide this service.

The industry has become a freelance arena of sorts where someone can fairly easily get work from all over the world from their home studio and provide their voice to a client's project without having to leave their house.

What Is Voice Over Used For? 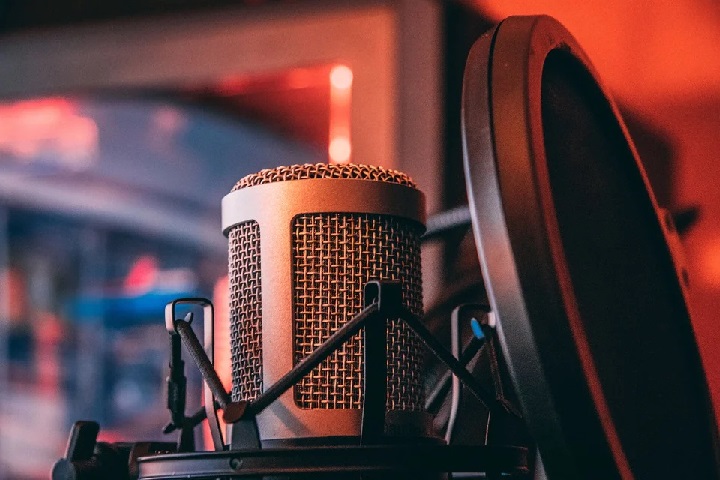 You hear it every day in radio and television commercials.
You hear it in movie trailers, with the late Don LaFontaine being arguably the best and most recognizable movie trailer narrator in recent times with his famous booming "In a world..." announcements. Don is a great answer for the question, "What is voice over talent?"

You hear it in audiobooks. The narrator reads and records the entire book verbatim so you can have the pleasure of listening to a book rather than reading it in hard copy or tablet form. Many authors do not create their own audiobooks, opting to pay an artist to record the material instead.

You hear it at your work during training sessions. That pre-recorded slide presentation or video is versed by a narrator.
You hear it at the museum on the self-guided walking tour through an app you download on your phone.

Do you play video games? It is there, too. There are many famous people behind the voices of characters in video games, anime and cartoons.

When you ask Siri on your iPhone "What is voice over talent?" Susan Bennet will answer. She is the voice of Siri, having landed that part in 2005. Amazon's Alexa is a little more mysterious, apparently making use of text to speech and AI (artificial intelligence) technology. You can have celebrities fill in for her like Samuel L. Jackson. The voice of KFC's Colonel Sanders has also made an appearance on the device.

Toys like dolls and teddy bears "talk" when you press a button and there are real life actors behind those words.

In addition to everything listed above, you'll find it in on-hold greetings and voice prompts when you call businesses and customer service phone lines. It is also found in self-service kiosks, most Disney movies, sporting arenas, airports and train stations.

Your car may even talk to you, depending on what model you drive.